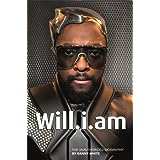 Like any writer of an unauthorised biography the author, Danny White, did not have the advantage of direct access to will.i.am (William James Adams). However, unless you are an avid follower of the news about Will.i.am – and know just about all of the story so far – it provides interesting insights into the character of the man behind the image. The book makes a really good, uplifting read.

It takes real brilliance to come up with a track like Where is the Love and not make it sound preachy and give it such wide international appeal. To make such hard hitting statements as linking the CIA to terrorism and to do so with such a light touch is an impressive feat. Perhaps it is no surprise to find that the track’s had major success outside the USA first as people outside the USA are more accustomed to having mixed views about the role of the CIA in world politics.

Will’s success in mentoring for so many other artists is not just due to his brilliant grasp of current musical trends. He seems to be a bit of a ‘self belief machine’ who inspires others to believe in themselves too – as his band mate Taboo testifies in his biography. Will intervened to help Taboo pull through a time of major self doubt early in his career.

If you wonder whether will.i.am is still true to his original values you can find some reassurance from his story. Superficially at least he seems to have drifted away from the vales of “Where is the Love?” to the more doubtful values of “Where is the party?”. However, Will seems to be a genuinely decent and sensitive guy. He kept going despite having a long uphill battle to keep expressing a positive message in his music. Black Eyed Peas were about ‘peace and love’ when most Hip Hop bands were doing a lot of heavy aggressive raps and gangsta posturing.

Will and the Black Eyed Peas would have hardly generated such continual long-term interest from their audience if they only stuck to tunes like with an overtly ‘meaningful’ message. Audiences can be fickle – especially young audiences – and people would soon tire of them if Will.i.am and his band kept with the same message all the time. They obviously needed to keep things fresh and they have managed to do that amazingly well. Their message still seems to be pro-life, though more in the form of an upbeat celebration, than explicitly positive lyrics. It is curious that their video for one of their major hits, I Gotta Feelin, even with its party atmosphere had scenes of people being sick and looking wasted – as if it were a tongue-in-cheek versions of some government anti-alcohol abuse adverts. Will.i.am was at one point very worried about his band mate Taboo’s heavy abuse of alcohol and drugs. The odd mix of scenes in the video (from party animals at play to somebody throwing up) may have been Will’s light and playful way of putting across a fairly serious message.

Will.i.am, despite his wealth and fame, often ends up in the “just friends” category with women. I think maybe his sensitivity causes him to suffer from Nice Guy Syndrome, a phenomena I’ve written about elsewhere, where a guy gets on really well with women as friends, but often gets stuck in platonic relationships with them.

Will’s refusal to be a tortured artists, and his liking for corporate sponsorship, have not endeared him to everyone. Even his moniker bothers some, but he seems to take that all in his stride.

One odd thing is that’s Will.i.am suffers heavily from tinnitus to the extent that he says ‘I don’t know what silence sounds like anymore”. It is reckoned that music is one of the few ways he can cover up the sound of tinnitus and relax. However, he does have a habit of listening to music very, very loudly. Is its just me, or could there be a connection? Listening to music very loud, getting tinnitus, turning up the music to cover the tinnitus…. Maybe… Just maybe a connection…;)

Will also seems to be a wee bit of a workaholic. I hope someone turns him on to technology that would help him calm down. Something like HeartMaths’ HeartMath +Inner Balance Sensor device might help him.

If you are an avid follower of Will.i.am and then Black Eyed Peas and have kept up with all the news about them then not much in this book will surprise you. However if like me you find em intriguing and want to fill in the details then this book does the job and is fun to read. This book is recommended to anyone who wants to know more about will without having to scour the net to do so.

Since will.i.am seems to collaborate with just about everyone – I want to say I am real sick player (I think that is the cool way to say it) of super mega electro house bagpipes … And the grooves I lay down with are really… dope…. think that’s the word he would use…

This entry was posted in Book Review, Entertainment. Bookmark the permalink.